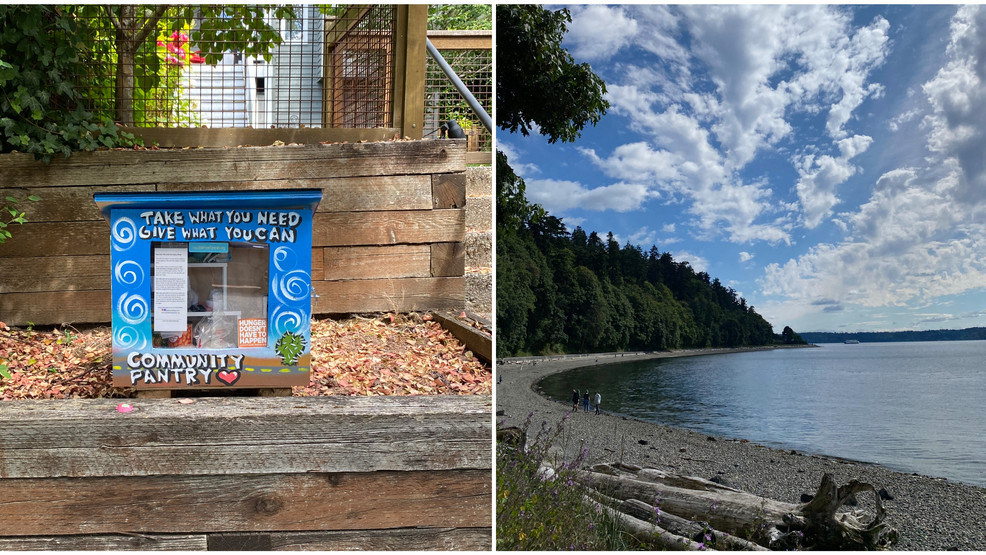 We tried Randonautica, the latest adventure app and the craze for TikTok

We are truly living in the future.

As a Taurus I’m very resistant to any change, especially when it involves tech, but after hearing about this trending app that claims to have some sort of brain / tech connection, I took a straight dive into it.

Randonautics, a craze for Gen-Z and TikTok, is an app designed to get you out of the “matrix”. It is supposed to take you out of your daily life to see and experience the same and send you a new adventure of your own creation.

The app … is confusing for a non-mathematical or scientific brain like me, and involves quantum dots, physics, energies, and other big words that I throw out willy-nilly. It’s supposed to be a brain-technology connection that lets you â€œexploreâ€ the world around you. You download the app, share your location, set an “intention” and follow the app to the randomly generated coordinates it sets for you.

The theory is that, as the phone searches for random coordinates and you simultaneously set your “intention” on what you want to see or experience, there is a kind of connection between the phone and your imagination that takes you to a random location where you will do the experience your intention. Sounds easy enough, doesn’t it?

If you are ready to run into a serious rabbit hole (you will truly waste hours of your life on this) you will need to consult the Reddit thread about it – stories of people downloading the app and choosing words like ‘nostalgia’ and being led to their mother’s childhood home, or ‘mystery’ and being led to your cat’s missing collar – all at the “random” point that has been generated for you.

There is a whole world of #Randonauts on TikTok and in fact, if you’re ready to panic about the authenticity of this app, remember the suitcase of body parts that washed up on the beach in ‘Alki about a month ago? This suitcase was found by a group of teenagers on a Randonautism mission. It’s unclear exactly what the teens “intended” to find, but either way, the app led them randomly to a grisly crime scene.

You can see why this piqued my interest in the app, right? Is it really possible that these teens were led to a crime scene by choosing a word or idea, squeezing their eyes and sending their intent over the phone? Can you really be driven somewhere with such a coincidence that it doesn’t seem like a coincidence at all?

So I joined the #Raundonaut squad.

It was my mom’s birthday this weekend and we wanted to go out and enjoy the good weather so we decided on Randonaut. We tried four different manifestations / intentions (all positive, because the world is pretty scary right now), whispering or articulating them to make sure big brother couldn’t hear what we were looking for – just in case. ‘application would be listen.

I took my car keys, opened the app, answered the questions about whether I was looking for an energetic “void”, “anomaly” or “attractant”, which I will tell you right away – I don’t. still have no idea what that means – close your eyes and think about “joy.”

Not but three seconds later, Randonautica gave me my first destination, a block behind my house. I found it strange to be so close, but I also know how beautiful the street behind my house is. We figured this might send us to a really nice front yard to watch. After showing “joy”, do you know where this app has taken us? A creepy community pantry. Kind of like a little free library, but a little box that had canned goods and other snacks to grab if they’re hungry – you might remember we wrote about them before.

The next word we wanted was “delicious.” This time we had to drive about nine minutes and it sent us to an actual home address which made me a little uncomfortable. The first thing we noticed was a woman walking past the house with a bag of what looked like a box of Chinese take out. We also noticed in the front yard that there was a long Safeway receipt with tons of food on it, an empty take out box under a parked car and the house was for rent. Not like it was very delicious, but we thought it was interesting that the exact address he took us to was a rental.

Then we decided to manifest a color. We chose “purple. â€œThis took us to Beach Drive, one of our favorite rides in West Seattle where my mom actually wanted to take our bikes later that day for her birthday, so she was all, ‘Hey! We manifested where I wanted to go anyway! “We parked and walked about ten minutes to the start of Lincoln Park, but noticed that Randonautica was generating two points in Lincoln Park. We wondered why. , but my mom admitted that she thought “orange” while I thought “purple” so a generation of colon? Coincidence or not?

After walking down Beach Drive towards Lincoln Park we saw a few orange and purple objects, but when we reached the coordinates there was a long expanse of really beautiful purple flowers and a purple scooter sitting right on the shore. We decided to skip the second point because everything was uphill and your daughter is NOT FIT.

The next word we manifested was “religion” and it is here, I believe, that small synchronicities appeared along the way. Driving from our “purple” adventure to our “religious” adventure, an elderly woman was crossing the street wearing a light purple t-shirt. She didn’t look at our car but when we walked past her she looked at us and motioned for us to acknowledge that we had slowed down for her. Then we saw two gentlemen walking on the sidewalk, grabbing these huge purple flowers from a bush and smelling them. Then we see a church. Next we see another church and a bumper sticker that says “Jesus loves everything”.

At this point, I think it could be several things – a placebo effect, that we are looking for synchronicity and adapting something to our personal biases. Kind of like reading a horoscope (which hurts me to admit it because I love astrology) or confirmation bias.

OR, another theory – that this app actually works. That artificial intelligence has really become an extension of our brains and our smartphones have turned us into a kind of cyborg, and we can actually be driven somewhere, with intention, to see or ‘manifest’ what we want. . And that maybe not really the destination after all, and the journey is where the synchronicity resides.

So what happened at the end of our intended word of “religion?” Well, we haven’t seen it. The point was inside a parking lot of an apartment complex that we didn’t feel comfortable driving in, it’s not our property after all. I stopped my car at the entrance to the apartment complex and saw this car with many bumper stickers on it, many of which had spiritual or religious connotations.

Perhaps this experience was the manifestation of religion in a strange and metaphorical way. Humans really don’t know what’s on the other side – are these pearly doors, are they aliens ?! Religion is kind of like sitting on the edge of an apartment complex parking lot with several bumper stickers sending you messages – a sign of some kind of virtue, but no one really knows what’s on the other side. Will we find what we are looking for? Could this be what we expected?

I digress. Our overall conclusion from the app was that it was honestly fair amusing. It was something different, a sort of treasure hunt with a mixture of magic, mystique and the unexpected.