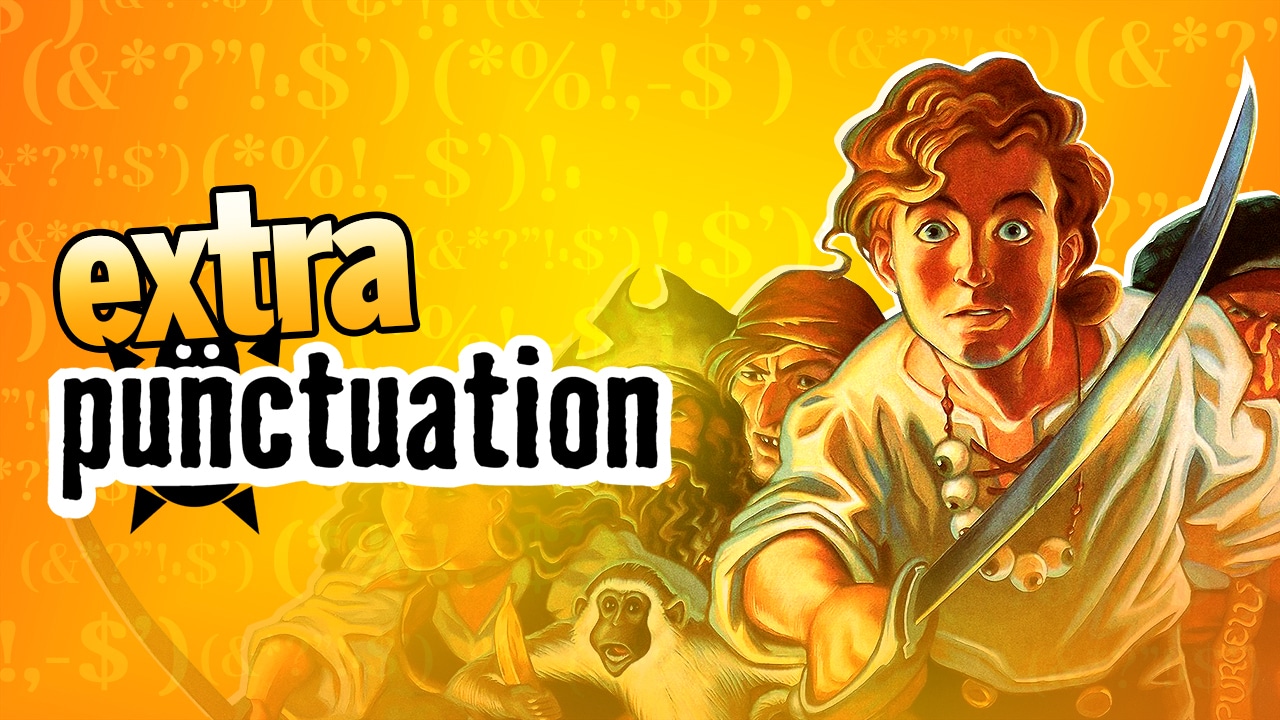 So, I heard they’re making a new monkey island. I mean, you could hardly have avoided hearing about it if you live anywhere other than the dark side of Mars. Oh boy, people kept saying. Finally a real sequel to Monkey Island. Besides 2. And 3. And the 3D one we don’t talk about. Oh, and the episodic series that Telltale made during its “making sequels to discontinued adventure game franchises” phase that preceded its “slap any IP address we can get on the choices matter the interactive movies where your choices don’t really matter”. Oh, none of that matters, does it? It’s very collectively arrogant of modern culture to do all this rebooting and resetting, what right did someone just say that a number of past sequels didn’t happen. Culture shouldn’t be so disposable. Oh, Halloween 4, 5 and 6 don’t count? Funny, the people who made them didn’t seem to think so. They put in a lot of work. Donald Pleasance kept coming back. Paul Rudd was in one.

But I digress. The Secret of Monkey Island was probably the most popular point-and-click adventure game of its genre, a genre that nowadays is kind of an indie niche. In fact, after the announcement, several tweets from developers in this niche panicked that their proposed release dates were dangerously close to those of the new Monkey Island. It’s a niche I belonged to, which is probably why Twitter was collectively knocking on the door of my feed to let me know. I used to be a big fan of point and click adventures, I did a few myself and stuff, but I gave up on the whole genre. Here’s why.

Long ago in the early days of gaming, before the industry became the malaria-riddled, smoking swamp it is today, there was a clear distinction between “video game” and “computer game”. “. focused and played on home consoles that had no purpose other than to run games. Computer games, on the other hand, were games made for machines that people already used for other things like word processing and whatever Microsoft Access people did. Computer games therefore catered to a somewhat more sophisticated audience of computer users, bored office drones and university students, so the focus was more on good writing and brain-based challenges. on puzzles than on the nervous action of the consoles.

With the keyboard already there, the text adventure was designed, interactive stories in which the player had to deduce the correct action to proceed. As graphics technology improved, it became possible to show the gamer what they were dealing with rather than just describing it, and as graphics operating systems took over, the mouse became a standard hardware, and it was much more intuitive to let players click on the things they wanted to interact with than to type in their full names. Thus was born the point and click adventure.
The Secret of Monkey Island was the tentpole of the genre, developed by LucasArts with several other IPs of a consistently high standard, but there was no shortage of rivals, from the prolific Sierra to the charming eurojank from Delphine Software and Coktel Vision. The adventure game flourished for many years before the genre mysteriously lost popularity and disappeared.

Well, that’s bullshit. It never died out, it was relegated to a niche when the popularity of other types of games eclipsed them. And there is no mystery either. You see, in the beginning memory limits meant that a game could only focus on one thing. You can have deep storytelling OR engaging action, but rarely both. Computer games and video games served opposite ends of the spectrum, but as technology improved, they gradually shifted towards each other. PC games became more action-oriented, console games became more narrative, until the two merged and crystallized in the late 90s. It was a golden age for another type of narrative PC game, Half-Life, Thief, System Shock 2, Deus Ex. Suddenly you could have it all – solid writing and interesting gameplay. The sad truth is that adventure games, while known for their excellent writing, weren’t usually good games.

All you usually did in them was wander around gathering inventory items and clicking through dialogue trees, looking for the single combination of items that would advance the plot. It was terribly inorganic and frequently turned into guessing games as players struggled to get on the one specific train of logic the designer had in mind. I think what we’ve learned – well, what I’ve learned – from the evolution of interactive storytelling over the years is that it’s best served by immersive experiences where characters and themes are explored through gameplay mechanics – Dark Souls inexorably comes to mind – than through linear stories that pause until we can figure out which of the many keys in our great clanking ring unlocks the next door.

It’s also worth mentioning that adventure games have been one of the many victims of the painful transition to full 3D. Adventure games of the day felt compelled to keep pace with their peers because female dogs had to have their fancy screenshots, but what otherwise great games like Grim Fandango demonstrated was that “clicking on the thing to do the thing” was much more intuitive than “navigating a character through 3D space and several camera angle changes until it was next to the thing, hold on carefully to the right rotation and press a button to do the thing.” Plus, while the more action-y PC gaming genres could make the transition to consoles relatively painlessly, moving a mouse pointer around with a stick controller has never been a clumsy pain in the ass, and incidentally , I wish the in-game menu designers would. fucking realize that.

That’s why I’m not particularly excited about the prospect of a new adventure game, because since their heyday games have found much more interesting ways to explore interactive storytelling than strings of puzzles. inventory which are essentially just key hunts. I’ve actually thought in the past about how to update the adventure style inventory puzzle gameplay so it’s not just about finding the specific key for each specific door. I once went so far as to prototype a concept where inventory puzzles could be a recurring, organic gameplay system. What if obstacles to your progress had numerical odds. Like a manhole cover, it requires 30 insertion points and 80 leverage points. Then, instead of finding the only specific tool to open it, each inventory item also has a numerical rating, so anything with the right point values ​​would do, or combine the values ​​of multiple commonly found items to get the same result. And then I realized, oh shit, I invented a crafting system from first principles.

Then again, it wasn’t inventory puzzles that gave good adventure games their appeal: the reason Secret of Monkey Island topped the list was that it didn’t rely solely on chains of inventory puzzles. There were, but it was only a foundation. It also featured very cleverly designed puzzles that required thought and intuition. The insult sword fight thing was awesome, you forced your way rough to figure out which counters corresponded to which insults, then for the final boss, he throws all the insults you know and you have to demonstrate your understanding of the text so you can match your counters to the new insults. There was this whole recipe cooking section in the second act where we had to deduce what random crap we had lying around that could replace the exotic ingredients listed.

Of course, it’s very easy to say “make up clever riddles”, but not so easy to do. For every time LucasArts broke it with something like Monkey Island’s insult sword fight, they also had something downright awful like this puzzle in Full Throttle where you have to look at a crack in a wall. So I think my final additional conclusion is that adventure games aren’t important anymore, partly because they were too hard to do well. Even if you can come up with a totally inspired puzzle that combines intuitive design with world building and rewards player intelligence, it’s just a puzzle. A complete adventure game needs a constant procession of fuckers, all tailor-made for each specific moment. What, you think a clever puzzle could be extended enough to make a whole game out of it? A game called, say, Return of the Obra Dinn?

Xbox adds “stories” to the mobile app, because why not?