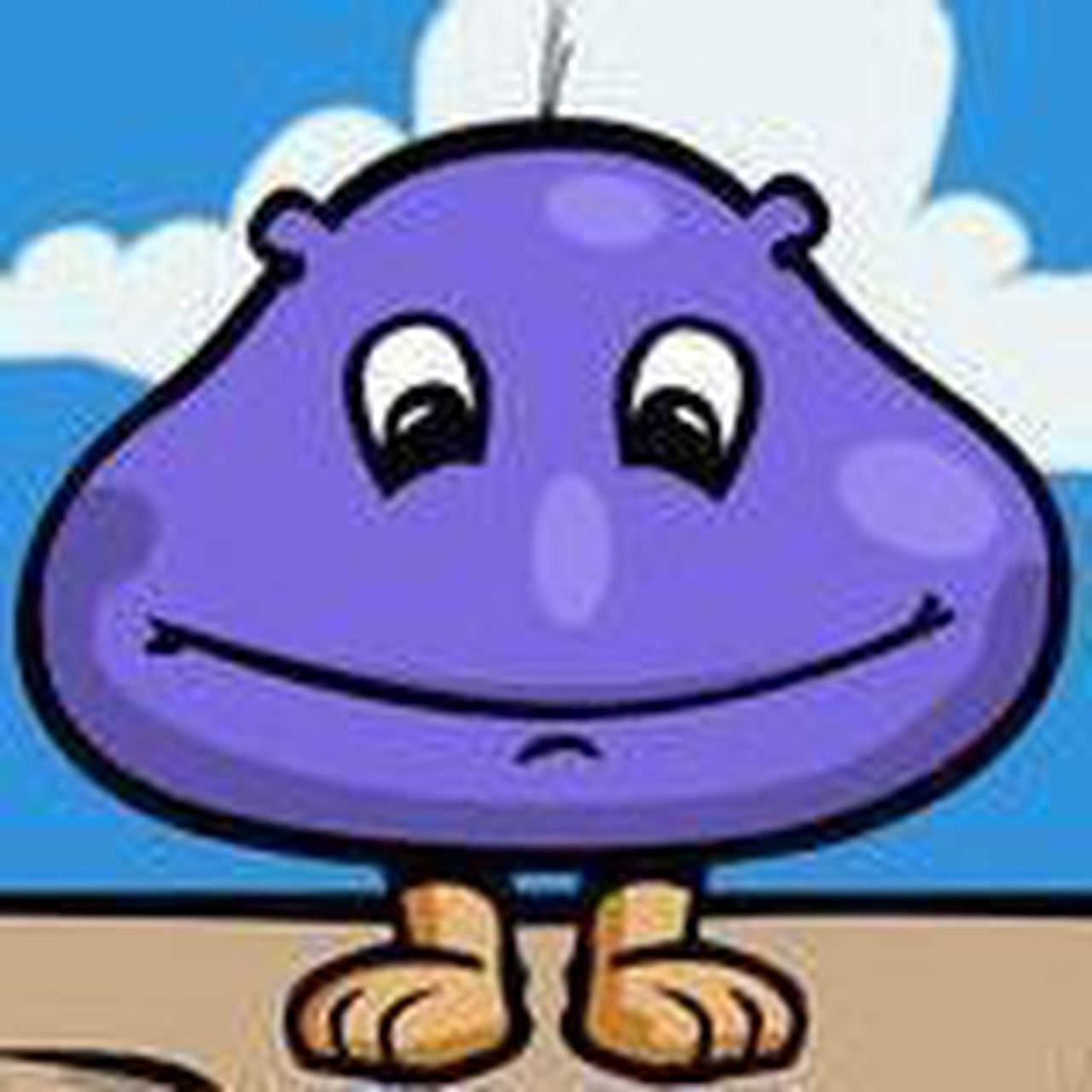 7 questions with Jeff Hester from Huntsville, developer of the Fliggles puzzle adventure app

Hester, who has four children and a day job with the U.S. Army in Huntsville, knew that an adventure and puzzle game set in a fictional town called Fliggleville sounded a bit crazy, but he didn’t dismiss it. the idea right away.

Instead, he reached out to local graphic designer David Johnston and his close friend Gary Copeland to bring the idea to life. With musical help from Greg Conway of Sonic Alchemy in California, Hester’s new indie game development company, Five Fans Productions, launched Fliggles in about 2.5 years.

The game, which was available for download on Apple devices since December 19, offers over 80 levels and can be played completely for free.

AL.com caught up with Hester this week to discuss Fliggles.

Can you tell me a little about the story of your love of games?

A. I’m from Russellville, a born and raised Alabamian. I went to Auburn, got my aerospace engineering degree, and when I did my internship I worked at a company called SRS Technologies. I don’t even think they’re still in business anymore, but it was my first experience with the Mac. I thought, “Wow, that’s a great computer.” So I told my mom about it and we were able to get a Mac. I used it in Auburn as part of my schooling. I really just got to where I used to love working with a Mac. As part of my schooling, we learned Fortran. It is a computer program language that is still used today but is not as widespread as C or C ++. I thought I wanted to develop for the Mac because it’s just a good computer, so I learned C and then C ++ myself so I could make games. I guess when I was a kid I always liked going to an arcade. Go cut the grass, get 5 bucks, get all these quarters and then I’m gonna spend it, so growing up I played games a lot. Today, I don’t play often; I play games. Anyway, I graduated from Auburn and worked in the military for 23 years as a civilian, but always had a love of making games.

Tell me about some of your early work in game creation.

A. The first games were designed for the Mac: black and white, small 9-inch screen. I wrote Bedlam and published it as shareware. The first check for $ 10 came in and I thought, â€œThat’s cool. I have fun making games and sometimes a check comes in. That was the fun aspect. This takes lots of time. I was programming games. I did Bedlam, Bedlam 2 (color version), Temple Tantrum then I met my wife. We went out together and I didn’t have time to program … then our kids arrived. Ground Zero Software was the first business I had. I found the name because I was starting from scratch. It was before September 11. … due to the time and the fact that I didn’t have the best name and now that Ground Zero was being used to describe Ground Zero where the attacks happened, my game development has kind of vanished. In 2006, I closed Ground Zero Software. But then Apple of course came up with the iPhone, then the iPad. My kids were a little older and I said to (my wife) Melissa, “I love making games. It would be a perfect platform, I think, for making games.” So I did some research. I learned Objective C (a programming language for iOS development) myself and thought I would go do Temple Tantrum. He seemed to have more appeal than Bedlam 2, which was a kind of space invader.

How would you describe Fliggles to someone who has never heard of it?

A. The principle is that there is this town called Fliggleville, and of course the people who live in Fliggleville are fliggles. They love music because music makes their world happy. A villain who has not yet been revealed shows up and takes all of his music, and so Fliggleville is very sad because there is no more music. If something like that happens then you need a hero, then this fliggle throws up his ears if you will and says, “Hey, I’m going to go save Fliggleville and get the music.” You basically control this character and your goal is to get all the musical notes. In each of the levels, there are seven musical notes, seven different colors. We wanted it to be colorful. It had to be fun to play, and we wanted it to sound good too. Definitely, I wanted to have Fliggles as a game that kids and adults alike would love to play.

Although this is a free game, are there any in-app purchases?

A. It’s free to play, but we have in-app purchases for Fliggle coins. Basically Fliggle Coins allow you to purchase additional Fliggle Friends. You have four different friends. You have a friend who will go and eat the food for you, you have a friend who will go and collect the lights for you, you have a friend who will go and destroy all the bad guys for you … and then your fourth friend is a very colorful butterfly. She will pick up all the musical notes for you. You do not have to use friends in the game. It is not mandatory except for level three, where we introduce friends but we include free friends in the game. Friends are required to complete this. level, but they are not required for any other level. Then of course you can unlock the other chapters. Just like Angry Birds or Cut the Rope, you progress through the levels. When you complete a level, the next level is unlocked. You complete the first chapter, then the next chapter is automatically unlocked, but you can use your Fliggle Coins you bought from the App Store to automatically unlock the next chapter so you can skip.

The game is actually free and you don’t have to buy anything from the App Store to play the entire game. Mini-games can be played to earn additional Fliggles. However, if a purchase is made from the App Store, the purchase (in cash) is actually purchasing Fliggles Coins. These coins are used in the “in-game store” to purchase friends, additional Fliggles, and unlock other chapters.

How has the response been so far?

A. The first few days it was just my own Facebook and Twitter friends. The first few days we saw a few hundred downloads. Since then, it has stopped a bit because now I’m in marketing mode. Now no one knows Jeff Hester, no one knows Five Fans Productions, no one has even heard of Fliggles. You even say Fliggles and they say, “What?” We’re trying to spread awareness of Five Fans, as well as Fliggles. We think Fliggles will sell if you want because it’s a free download and since people are playing it I think they will enjoy playing it. We have received very positive reviews in the App Store, and I always try to get Apple to introduce us. … If Fliggles could be featured in the App Store, that would be fantastic. Every time I release an app update it gives me the option to go back to Apple. Of course, I am competing with millions and millions of people, so the likelihood of that happening may be very low, but the best I can do is try to come up with the best possible product and see what happens. happens.

Seeing this app come to fruition, what does it mean for you personally?

A. I can’t deny it’s a sense of accomplishment. You’re working on something that long, having meetings with these two guys, working with Greg on music in California, that’s a huge accomplishment. It’s not just me, but Gary and David. Greg also played a very important role. The four of us. The game wouldn’t be the same without the music. He did a fantastic job.

What’s the next step for you in game development?

A. Obviously, I would like Fliggles to be successful. It’s not my day job, but it would be nice if it was financially rewarding. It is not at this stage of course. He’s been out for two and a half weeks, but it would certainly be more encouraging if there was a financial benefit. I really think that will come as more people play it and see it. That’s my goal for Fliggles – to be financially rewarding, at least in a way.

I started Temple Tantrum when we started with Fliggles. Temple Tantrum is a total remake of the game I wrote for Mac. Similar playability, totally different look. It’s like the 2020 version compared to what it was on the Mac. I hope to release this next year and I also want to go to Mars. The Mars game is going to be more of an iPhone type game. It will be linked to Mars.

The best children’s adventure stories of 1965